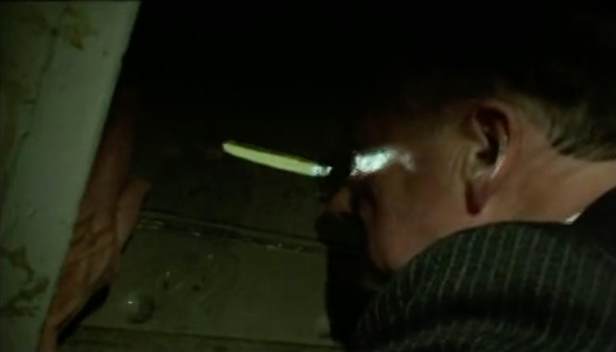 The notion that Britain’s last living hangman was also a Special Forces soldier recruited by ‘US Agencies’ to fight in the Vietnam war seems beyond absurd. Except that it appears to be true. That hangman was John Edward Underhill and I found him in 2013.

Following successful runs on both History Channel and Discovery of my historical TV series The Executioners, I drafted a treatment for another 3-part examination of the subject. For this series I wanted to tell the stories of the travelling executioners of Mississippi and Louisiana, the Fallbeil (Guillotine) executioners of Germany and the lesser-known Assistant Hangmen of Britain. Since the series ultimately became stuck in proverbial ‘development Hell’, I am now sharing some information that surfaced about Britain’s last living Hangman. 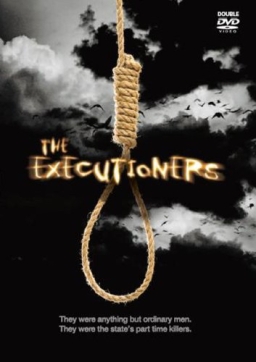 I had been aware of Assistant Executioner John Edward Underhill long before his name finally entered the public domain a few years ago. In the shadowy world of execution historians, Underwood had a reputation for being more than reticent about his involvement in hangings. I had contacted two previous Assistant Executioners regarding my first TV series about the subject, Syd Dernley and Harry Robinson. And whilst Dernley was delighted to recount his experiences, Harry Robinson was much more circumspect, claiming his family still did not know of his involvement in executions and insisting on being filmed in shadow without his identity being revealed (I can do so now since he has died).

Underhill appeared to be a very different character. References to him in The Executioner’s Bible (Steve Fielding) and Britain’s Last Hangman (Stewart McLaughlin) suggest the following: born in Twickenham in 1928, a public schoolboy who grew up in India where his father served in the Army, Underhill trained as a Royal Marine Commando. In 1947 he joined Reading Police but was later seconded to Federal States of Malay police, commanding companies of Malay police anti-terrorist units. Whilst stationed there, it is asserted that he assisted in seventeen executions, conducting nine as chief executioner. One account suggests he later joined the SAS, rising to the rank of Captain, and conducted covert operations with the US military during the Vietnam war.

Compared to the mundanity of most 20thcentury British executioners, who were salesman, barbers and pub landlords, Underhill was clearly a very different character if those published records were correct.

I was able to contact Underhill through a third-party – the correspondence address was not in the UK.

I wrote that I believed his account of the process of training and undertaking the responsibility of Assistant Executioner in the latter days of capital punishment would be invaluable, and naturally, if the published accounts had been true, Underhill would have been the only 20thcentury hangman to have undertaken executions before being accepted on the Prison Commission list of qualified executioners.

On Sept 1st, 1960, after passing executioner training at Wandsworth prison, Underhill witnessed the execution of 23 year-old John Constantine at Lincoln prison (for the murdering 73 year-old Lily Parry with a crowbar). Clearly his conduct was considered satisfactory as he was offered three further engagements, returning to Lincoln the following January to hang Wasyl Gnypiuk who claimed to have murdered a woman in his sleep (that he decapitated her afterwards did not help his case). In July 1961 Underhill assisted Harry Allen in the execution of Edwin Bush for the murder of Elsie Batten with a sword in an antiques shop in the heart of London. And his third and final job (in the UK at least) was November 1962 when he helped to hang James Smith for the murder of shop worker Sarah Cross in Manchester.

When Underhill replied to my request he refused outright to participate in any sort of media venture regarding his activities as an executioner, or his reported involvement with Special Forces. But his typewritten letter was still revealing. He stated that in 1947 he had not been seconded to Malay police but had joined the colonial service and had only been a witness to executions in Malay, rather than a participant. He did not say how many.

and for ‘acknowledgement of this request.’ He continued,

‘I never discussed that activity in the public domain because of the adverse effect it could have with current business activities where capital punishment was regarded as abhorrent.’

Since Underhill did not expand further or elaborate on what his own views were towards capital punishment, and whether taking part in it had changed them in any way (or him), one can only surmise that personal and business expediency was the sole reason he was shunning his association with it.

Ultimately I responded that whilst I could respect his decision not to participate in a media project, I could not agree to expunge him from the history of the subject since his identity as an executioner had entered the public domain. Our correspondence ceased after this.

As to the suggestions he had served in the SAS, he wrote,

‘I was not a Captain in the SAS but my equivalent rank in my jungle command to that of the SAS Regiment in Malaya with whom we were operating was that of SAS Major Squadron Commander.’

Though, confusingly, Underhill included in his correspondence a photocopy of a document he had signed titled ‘Lifetime Commitment by SASRA’ Members featuring the SAS logo. He had underlined two of the seven obligations, presumably for my benefit:

a) Practise humility, modesty and the avoidance of boasting

b) Guard the reputation of the SAS from those who would denigrate it by seizing upon ill informed or ill advised comment.

He added some revealing footnotes to his letter, reproduced here verbatim:

‘Re VIETNAM WAR – ‘the UK Government did not recognise that US Viet conflict so myself and other UK veterans were recruited by ‘US Agencies’ to replace US Special FORCES being withdrawn from service with the South Vietnam Army. My group were inserted into North Vietnam for ops in the Chines/Russian supply route the Ho Chi Minh Trail. After 18 months moved on foot via LAOS to Thailand and thence the UK. The UK SAS not involved in any way.’

Can the US Agencies referred to be any other than the CIA?

In making The Executioners TV series I had said Britain’s executioners were drawn from very ordinary men, quite clearly that statement could not be applied to Assistant Executioner John Underhill.

3 thoughts on “A British Hangman in the SAS?”